Nuances of marriage data: it’s really not that hard to get married

From what I’ve seen, there is a lot of taking the fact that women are generally only attracted to the top 20% of men out of context. I also don’t agree with much of the hopelessness discussion from the comments on Jack’s post.

In a vacuum, women may only be attracted to the top 20% of men (specifically visually on OK Cupid). However, it’s not the case that women are only attracted to just these 20% of men. I definitely fall into the bottom 80% for not being conventionally physically attractive, but as we talked about in Meet Cutes – are they common I am attractive in certain niche circumstances like when I’ve been in a teaching or leadership position.

Now if we look at the never married data from reddit and Dalrock we see a few things. 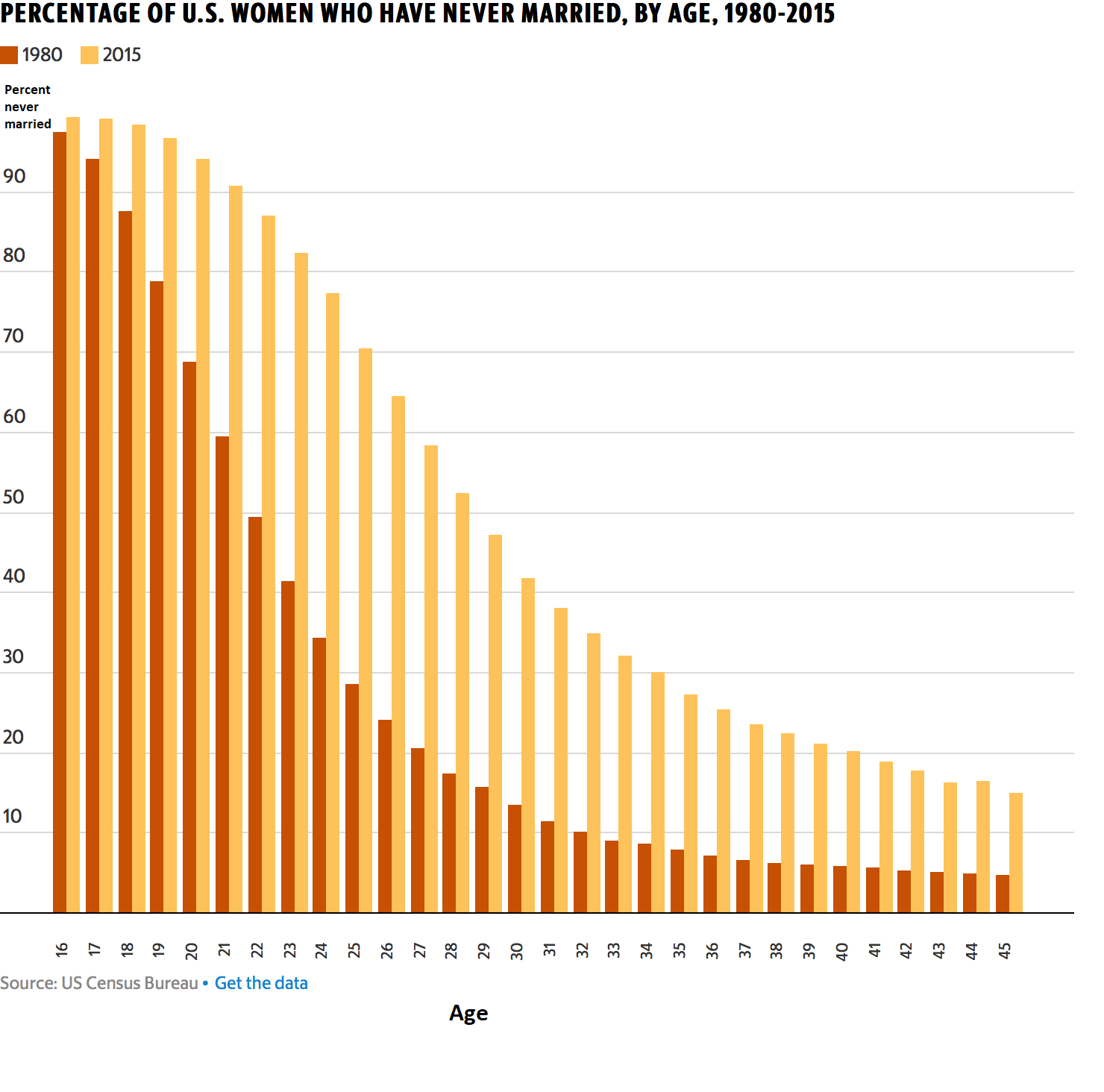 Overall, it used to be in the US, as with most cultures, that 95% of women got married in the past. As the data show, that is trending toward maybe 15-20%. Maybe a bit higher. However, what is also not mentioned is the fact that marriage is being replaced with mainly serial cohabitation for many which is basically the same thing for the non-Christians.

Approximately 80-85% of women still make it to marriage. The percentage is slightly less for men since men generally have a better time getting remarried after divorce than women to non-married. So let’s say it’s about 80%.

Of this 80%, approximately 20% of those are sexless marriages and approximately 40% of first marriages end in divorce. It’s hard to say how many of those sexless marriages ultimately end up in divorce, but I’d say it’s probably most of them. Given how pro-feminism the US and rest of the West is growing (pretty much all media, culture, and functional egalitarian and “complementarism” in the Church), I’m actually surprised the 60% of first marriages are permanent which is approximately half of the population: 80% * 60% = 48%.

This leads to a few conclusions:

Both women and men continue to fall for the apex fallacy. You don’t need to be top 20% to get married and have a permanent and non-sexless marriage. It’s much easier when you know you only have to be top 50% and even just to get married not the bottom 20%.

The issue for many is the calibration of attractiveness. Many/some men and women don’t want to marry someone who is overweight or obese or has other issues with certain things. This can price them out of the pool of candidates that would go on dates and/or marry them. That is their prerogative though. The more selective you are, the harder it will be to find someone who meets that criteria.

I know we’ve discussed on this blog about all of the different criteria, but at the end of the day it’s just risk profiles. Each man can determine how much risk they want to take on to be married.

If one thinks that they’re too far down the totem pole for whatever reasons and nothing is every going to convince them to marry, or they just don’t want to worry, then do as the Bible says: stay single and serve God wholeheartedly.

18 Responses to Nuances of marriage data: it’s really not that hard to get married